At the end of the year, I always like to go through my pictures and remember the places that we traveled to throughout the year.  So I put together a few of my favorite travel pictures from 2016.  If you want to follow along on all of our adventures, look for me on Instagram.
Grand Cayman (January) 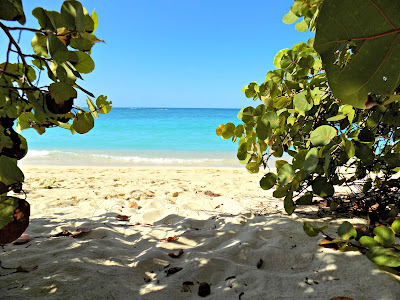 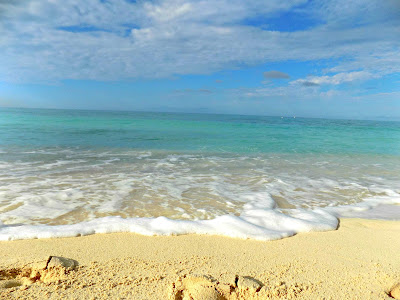 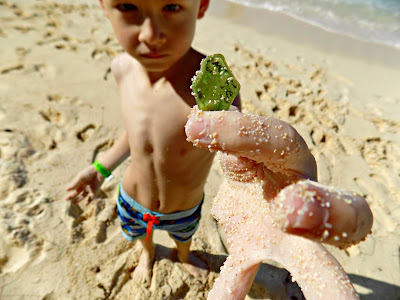 These pictures were taken on 7 mile beach (the stretch known as Public Beach) during our cruise in January for my son’s birthday.  This beach seems to always top the lists of the “Most Beautiful Beaches Around The World” articles.  The beach was very nice with the turquoise waters so clear you can see everything around you, and tons of sea glass along the shore line.  My son liked finding them all on the beach.  You can see him holding up a piece to show me in that last picture.  Headed to Grand Cayman on a cruise?  Check out my article before you go!
Montreal, Canada (June) 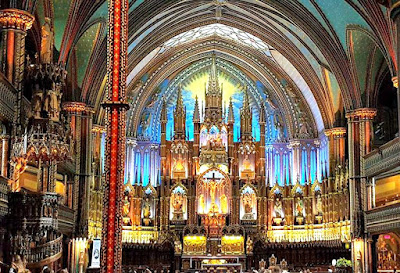 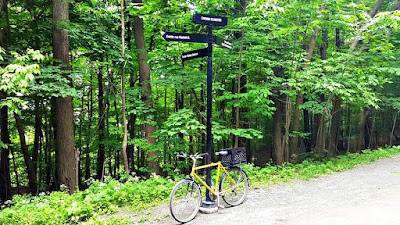 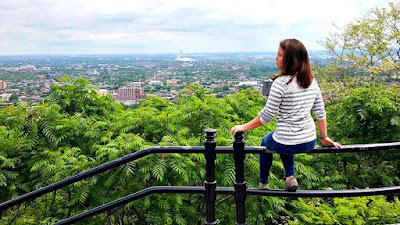 The top picture is of the gorgeous Notre Dame Basilica.  This place is even  more amazing in person.  The attention to detail in the entire building is breathtaking.  Every where you turn there is something to marvel at.  What I loved most about Montreal though, was there green spaces.  The nature there is beautiful.  If you have the chance go to Parc du Mont Royal.  Even though you’re in the middle of the city, it’ll feel like you’re miles away…which at the time, was just what I needed.
Niagara Falls, Canada (June) 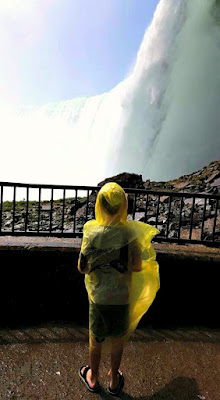 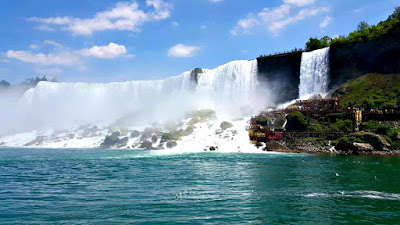 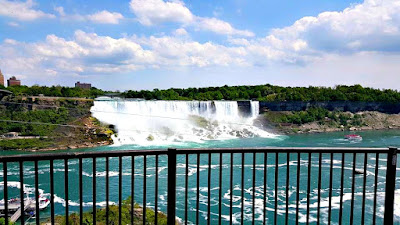 I love the first picture of my son standing so close to the Falls, looking up at them.  Sometimes it’s not so much the picture itself that you think is beautiful, but the memory of everything happening in that moment.  This is why I love to take so many pictures.  Sometimes my memory fails me, but when I see a picture, it takes me back in time to the exact moment and helps remind me of the sights, sounds, emotions, and words spoken in that moment.  For me, seeing my son in awe of being so close to such a powerful natural phenomenon is enough to put these pictures on my favorites for the year.  The others are pictures that I loved of the Falls.  We had a great time in Niagara…with the Hornblower cruise, the White Water walk (our favorite), and seeing the fireworks and light show above the falls at night time were magical moments for my family.
Things To Do In Niagara Falls
Watkins Glen, NY  (June) 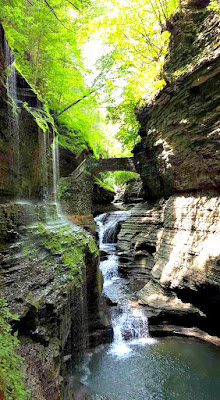 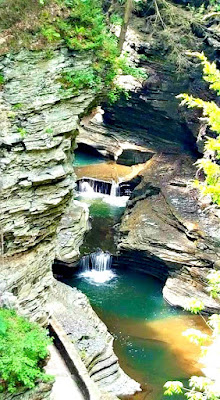 Want to talk about magical moments??  Head to Watkins Glen in upstate New York.  Oh my gosh, this place is so beautiful. It really looks like it’s out of a fairy tale. I grew up about an hour from here and never knew it existed!  It has over 823 steps (but there are breaks, so it’s not as bad as it sounds) and 19 waterfalls.  The color of the trees and the water are really other worldly.  To avoid the crowds, come here early in the morning or during the school/work week.
Hilton Head Island, SC (December) 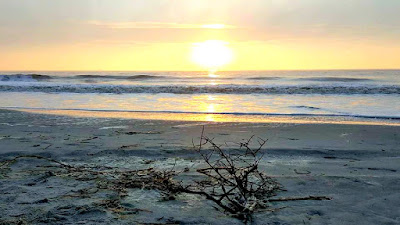 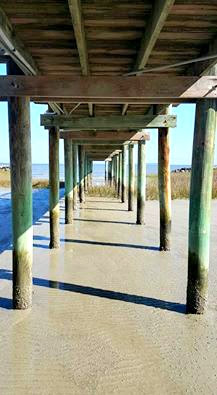 I decided to take some time out and really enjoy the city that I currently call home.  These are a couple of my favorite pictures of Hilton Head that I took this year.  No matter where your travels take you, it’s always nice to appreciate home.  Especially when home looks like this 🙂
Well that wraps up my travel season for this year.  Follow along with us on Instagram to see where life takes us in 2017.  Hint:  You may see a lot of pictures of London and Scotland coming up!!

With 2016 coming to an end, it has me thinking about all the places we’ve been lucky enough to see this year and start thinking of all the adventures in store for us in 2017.

2016 started with a trip to Grand Cayman and Cozumel Mexico, while mid year we trekked through Canada (Niagara Falls and Montreal) and upstate NY.  Watkins Glen was especially magical.  Towards the end of the year we had an unplanned trip to see my in laws in North Carolina since Hurricane Matthew hit our area and we had to evacuate.  That was a first for us!

Next year we have a few plans laid out that are set in stone while others are still in the planning stages:

In January, we’ll be celebrating my son’s 7th birthday in Disney and a 4 day cruise to the Bahamas.  He’s never been to Disney World before, so we’re going to spend one day at Magic Kingdom and then leave out of Orlando on a Carnival cruise to the Bahamas.  Last year, we took him on his first cruise to Mexico and Grand Cayman for his birthday.  Even though my husband and I have been to the Bahamas before, my son hasn’t.  So for this year’s cruise, he’s chosen to go there.

Cruise to the Bahamas

Things to do in Nassau


In April, we’re going to the UK!!!   London, Scotland, and the Highlands.  This trip is for my husband and I’s 10 year wedding anniversary…which is really in May, but we’re doing the trip in April.  I’ve been to  London multiple times for work, but that was 10 years ago.  The company I had worked for went bankrupt before my husband had the chance to visit.  I’ve been trying to get back to London ever since with him!  Plus, Scotland has been a dream destination of mine forever.  This is happening people!  I am so excited!  Tickets are already purchased…we got a great deal on them with Delta during Black Friday!


London and Scotland (Edinburgh and the Highlands)

For this trip, I’m going to try carrying everything in a  backpack….no suitcase at all…for 10 days!  I just think it will  be so much easier transferring between airplanes, buses, trains, and walking from the bus station to our hotel (in Edinburgh)….plus, there’s the  upside of not having to worry about lost luggage!  I’ve done so much research and have found the Osprey Farpoint 40 backpack  will be my best option.  And these packing cubes.  I have heard so many great things about using packing cubes that I have to give it a try.  And supposedly they save so much space in your luggage, which let’s face it….if I’m going overseas for 10 days with just a backpack?  I’m gonna be needing all the space saving help I can get!  Have you used them before?  I’d love to hear how they work out for you and your tips on using them!!

I’m also wondering about outerwear in Scotland.  We’re going at the end of April and spending most of our time outdoors exploring…and I hear the weather can be very unpredictable.  I’m thinking of getting this Patagonia coat.  It’s expensive, but I hear it’s totally worth it.  Very warm, not too bulky, and folds down to almost nothing for packing.  Now, I live in South Carolina where I really have no need for a coat like this, however, it may help with my next big trip to……

Thoughts on if I’d need a coat like that in Scotland in April?


We’re hoping to go to Fairbanks, Alaska around Christmastime but this may happen early 2018 instead, we’ll see.  This trip is still in the planning stages, I’m crossing my fingers we can get to Alaska this year as it’s been another destination I’ve wanted to go to for a long time.  The coat will definitely come in handy here!  lol.

I mean come on….how can you NOT want to go here???  It looks magical!

I’ve been wanting to see the Northern Lights for a long time as well and I hear Fairbanks is one of the best places to go for a chances at seeing them if you venture away from the town.  I hear about the Chena Hot Springs outside of town that sounds like a lovely place to go.  Imagine sitting outside in a hot spring lake with snow all around you and getting a chance to see the Northern Lights above you.  Is there anything better than that??

Have you made travel plans for 2017 yet?  What are your favorites from this year?  Is Scotland cold enough at the end of April for a really warm winter jacket?  Have you used packing cubes??  Things I need to know!!!  lol.